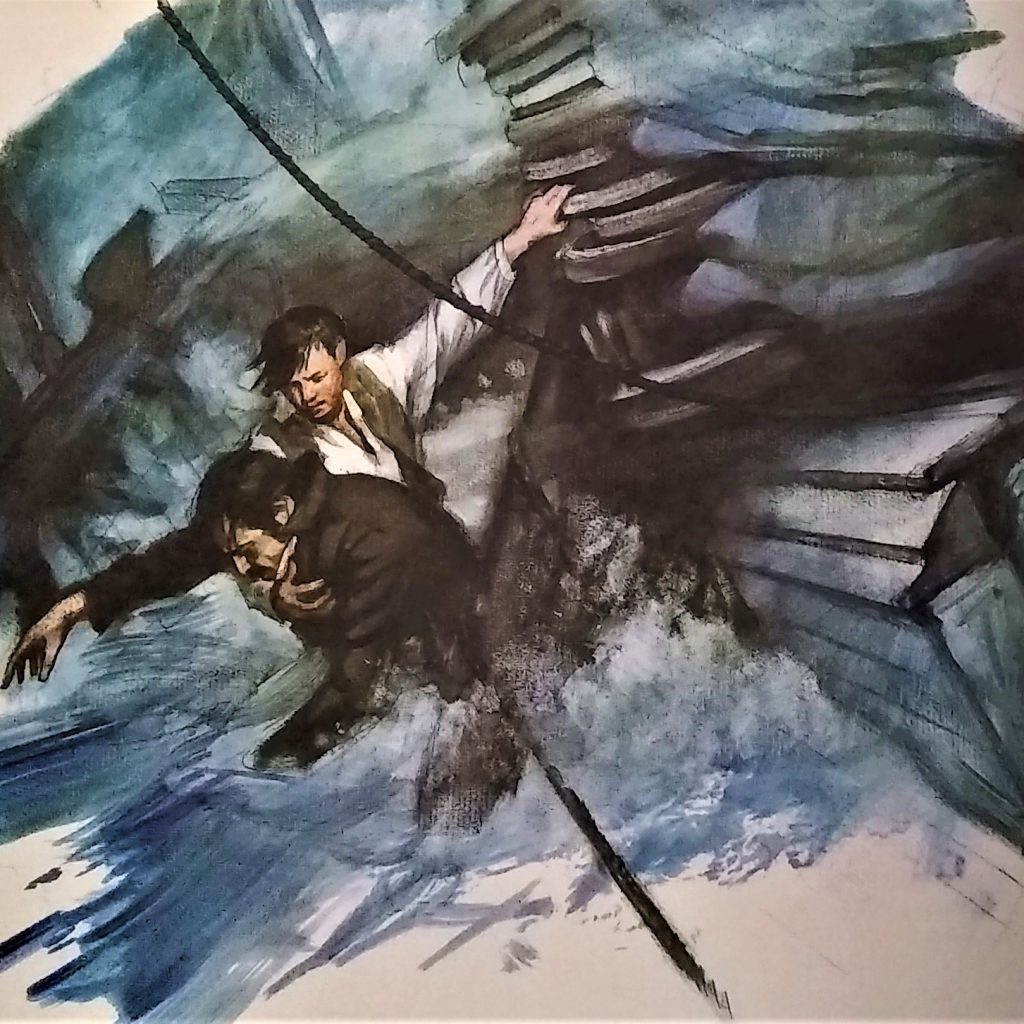 In 1860, when extensive uncharted territories covered a respectable portion of the globe, biologist Arthur Denison and his young son, Will, set out on a Darwinian voyage of exploration.

Somewhere on the expedition, Professor Denison and Will disappeared. Neither they nor anyone from their ship were ever heard from again – until very recently. It now appears that through the kindly intervention of dolphins, they were transported to the lost island of Dinotopia, a land where humans and dinosaurs live together in peaceful interdependence. The dinosaurs appreciate the liveliness and skills of the homo sapiens and the humans benefit from the wisdom and  gentleness of the very much older species. 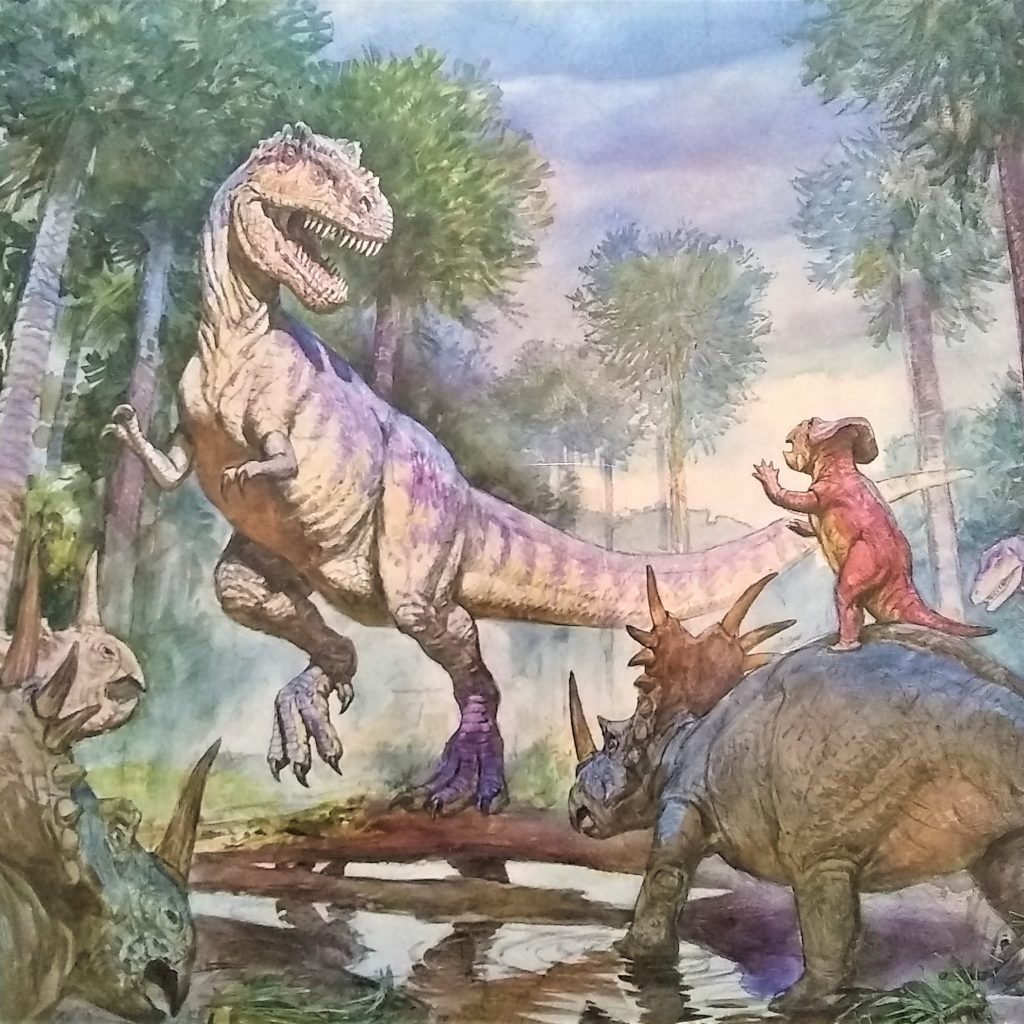 The exciting, often spectacular, adventures of the Denisons in Dinotopia are chronicled here by the Professor. As a trained professional observer of the world’s flora and fauna, he recorded his experiences in meticulous detail; otherwise, it would be difficult to believe the astonishing discoveries he documented. His artistic skills allow the rich tapestry of Dinotopian life to emerge with graphic impact. He presents clearly the marvels of architecture designed for 50-ton organisms – aquatic cities, water-parks, treetowns, and other wonders, both natural and dinosaur/man-made. 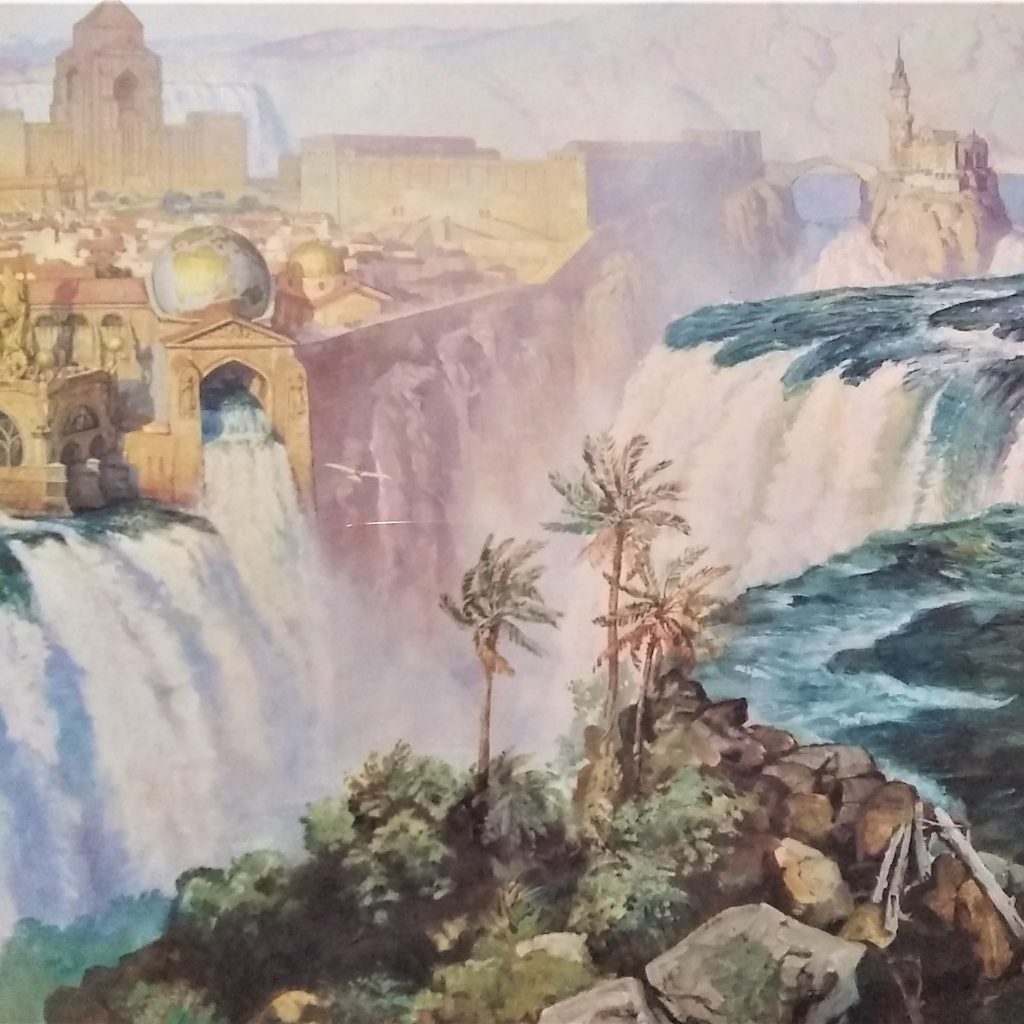 Professor Denison details aspects of daily life, too: parades and celebrations, sports (some quite risky!), and foods. He tells of sleeping quarters suspended from trees; hatcheries (where humans tend dinosaur young) and play-parks (where dinosaurs tend human young); and modes of transportation, including air travel on Quetzalcoatlus, known locally as Skybax. In short, he shows Dinotopia to be a marvelously fascinating place, offering adventure and excitement, as well as an extraordinary opportunity to gain insight into our own world and time from the Dinotopian point of view. 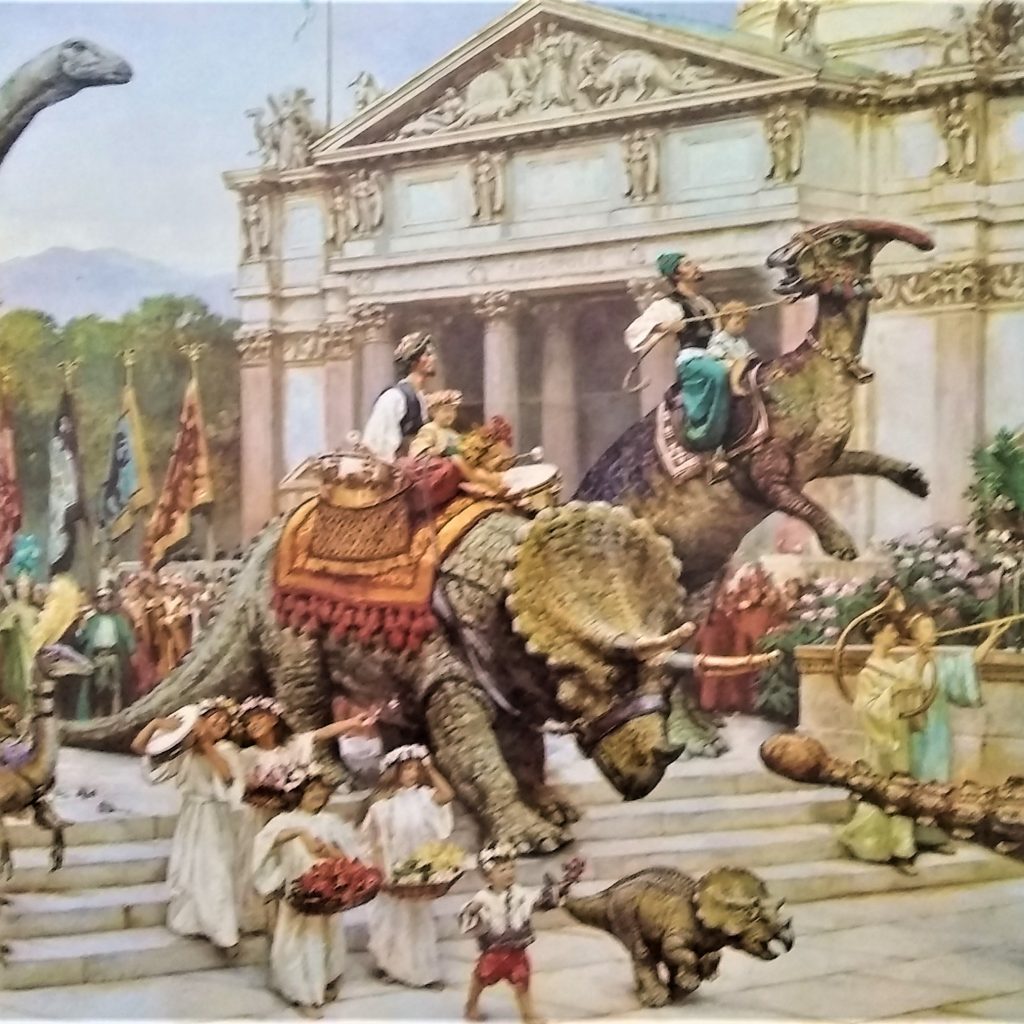 So come and join us on this marvelous adventure into an uncharted island where Dinosaurs roam and live side by side with the humans in harmony.  Almost Available! Play audio: Part 4, Pages 120-160
0